The Wall Street Journal says about one-third of kids ages 6 months to 23 months have a TV in their bedroom, despite the American Academy of Pediatrics guidelines recommending that kids under age 2 avoid screen time altogether. Be a wise parent and keep the media to a minimum in your nursery.

As your child begins watching cartoons, do not assume just because they are animated that they are appropriate for young children. Be very careful about what your child views on TV at home and other places. Talk about the rules for your family and discuss the reason certain movies and television shows are not to be watched. 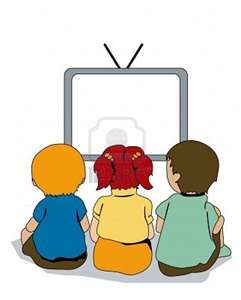 For every hour of adult-targeted television or movies children ages 6 to 8 watched during a two-day sample period, researchers found a 33% increased risk of becoming sexually active in early adolescence, according to a recent Children’s Hospital Boston study. Our children’s minds are being attacked, and we must protect them!